Not long ago David Bowie died, folks took it to hear and then just a little bit farther.

fb was flooded with those saddened and in stunned disbelief, my feed was a parade of videos, images and stories.  There were memorials, tributes, bowie specific art shows and the town i live in (which has no real ties to the man) someone took down a street sign and replaced it with ‘david bowie avenue’ there was even talk about trying to effect this tribute as a permanent change.  for me the display of public mourning seemed production like and maudlin, in fact the continued force of it rubbed me the wrong way.  its always sad when someone you know or appreciate dies.  but this was not a close friend, relative or even some tragic lived fast die young.  this was a person with his own family and life, who happened to be a celebrity and for all case and purposes someone who was blessed with living a long life.

don’t get me wrong, i am not lacking in empathy;  its just his death didn’t make me want to talk about how he influenced me or how he influenced the world around, rather it reminded i am getting older and mortality is always present.

for me Bowie and other celebrities that have been around my entire life (formative years and beyond) have reached the status of familiar. the memory traces i   posses are a culmination of the times and styles we experienced because we have had the good fortune of crossing the same celestial paths at the same time. 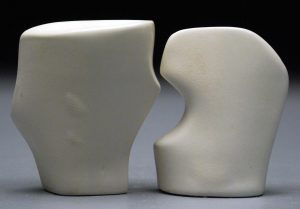 drawing between the light and dark

after graduate school i got a a visiting artist professor position; between teaching and learning the ropes; i kept experimenting and making work, pushing the ideas i had started and focusing on what i wanted my work to convey.  these pieces were the only successful pieces i had to show from that time and in fact findingthe title required almost as much  i settled upon dinosaur jr.s version of quicksand, which to me was ever so slightly less depressing end of your rope than bowie’s  version.  these not only were my first personal success (direction wise)  but they also  really started my art life and career, they were accepted into several shows; including making the catalog cover of Silent Conversations, Craft Alliance, March 16 – May 6, 2007, St. Louis, Missouri